AMSTERDAM – October 20, 2015 – Although its pictures and videos are gone in an instant, its effect on your smartphone lingers, as Snapchat the image-sharing app has been crowned as the number one smartphone performance killer in the latest AVG Android App Performance Report. Compiled by AVG® Technologies N.V. (NYSE: AVG), the online security company™ for more than 200 million monthly active users, the report saw Snapchat dethrone previous top-spot holders, Facebook and Spotify, thanks to its simultaneous use of your device’s camera, Wi-Fi, mobile data and GPS functionality.

Also climbing to the top of the report is the social and blogging platform Tumblr, which has emerged as the highest, traffic-consuming app for the period. Despite the relatively low-level content viewed on the platform – primarily news, short video clips, blogs and some pictures – Tumblr used more data than Netflix and Spotify combined.

Additional findings from the report include:

Though many users make a conscious choice to download and run high-impact apps on their smartphones, AVG’s research has found a host of apps which silently drain smartphone resources in the background without the users’ knowledge or action. These apps are differentiated in the report as those that run at start-up, versus those that are run by the user. The following apps consumed the most, overall battery drain, storage usage and mobile data combined. 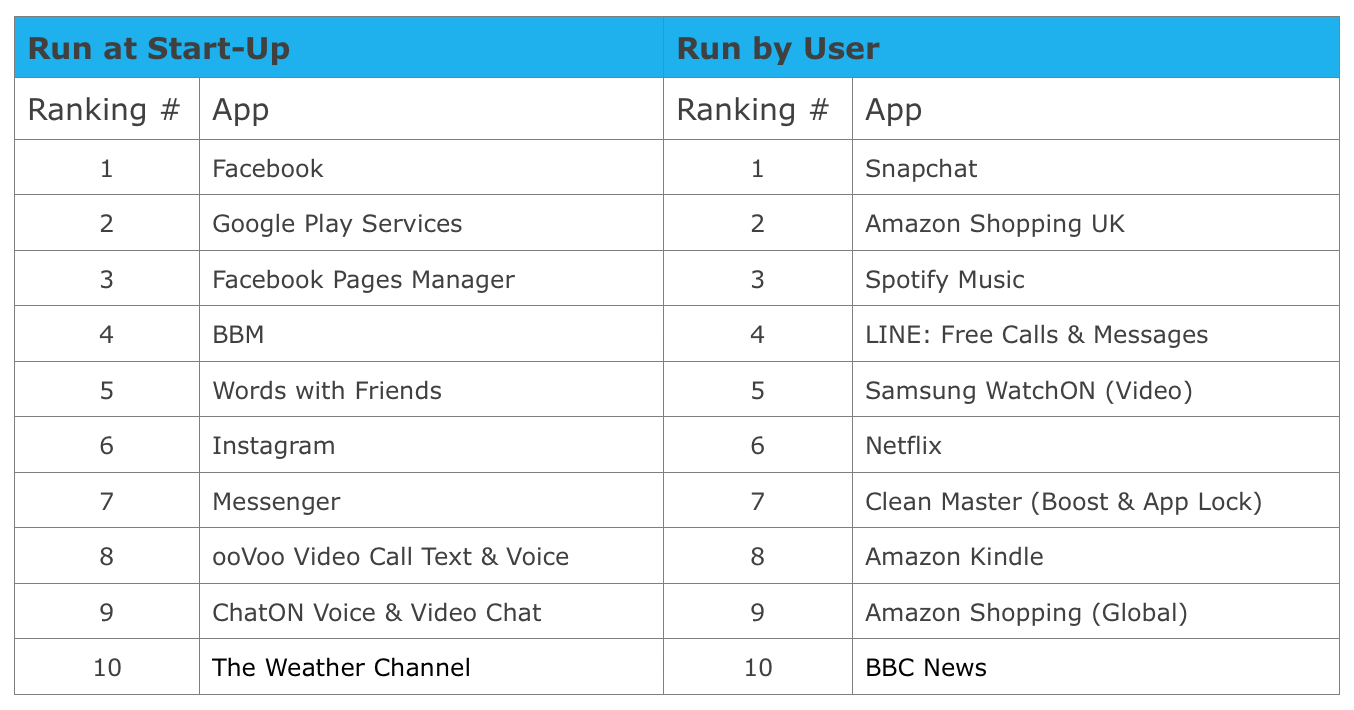 “The goal of these reports is not to alarm smartphone users, but rather to enable them to make informed choices about the apps they run on a daily basis,” said Tony Anscombe, Senior Security Evangelist, at AVG Technologies. “Apps are meant to enhance, not to detract from your smartphone experience, but with so many options, we are in danger of overloading our devices. If you are one of the people who feels like they are fighting a constant battle with their device’s battery, or never have enough storage to save your favorite clips and images, then we want to help you take back control.”

The full report can be downloaded from http://now.avg.com/android-app-performance-report-q2-2015

All trademarks are the property of their respective owners.